For all the political Left’s shrieks about a so-called “War on women” and a systemic “rape culture” pervasive throughout American society, the reality that some 8 in 10 women and girls are sexually assaulted during the dangerous trek from Mexico and South America to the U.S. southern border is met mostly with silence.

The media and Democrats’ refusal to acknowledge this wanton brutally is why I wrote my new book 50 Things They Don’t Want You to Know, in which I highlight a seldom reported investigation into sexual assault of migrants by Splinter News, which is owned by Univision — an anti-Trump and anti-wall outfit. The report revealed the stunning truth that 80 percent of Central American women and girls are raped during their journey, primarily while traveling through Mexico or when they cross the U.S. border.

One woman profiled by the New York Times described being raped in Mexican brothels as well as in McAllen, Texas. She said, “They just told us, ‘You guys don’t have money, so you have to pay with your body.’”

According to the Splinter News exposé, “The arrangement is so common there’s a slang term for it—’cuerpomátic,’ or ‘cuerpomático’ (an apparent wordplay on Credomatic, a Central American credit-card processing firm), which means to use one’s body — or cuerpo — as a source of currency.”

What’s more? Princeton Policy Advisors estimates that 103,000 women will be raped trying to reach the U.S. from Central America in 2019. Though that figure could be much higher, as rape and other crimes against migrants skyrockets in Mexico and after they cross the border. Sadly, it’s highly likely that the rape of illegal immigrants doesn’t stop once they enter the U.S. Increasingly women are being moved by human traffickers directly into the sex trade. The National Human Trafficking Hotline reported 3,279 reported cases in 2012, which more than doubled to 7,572 cases by 2016. 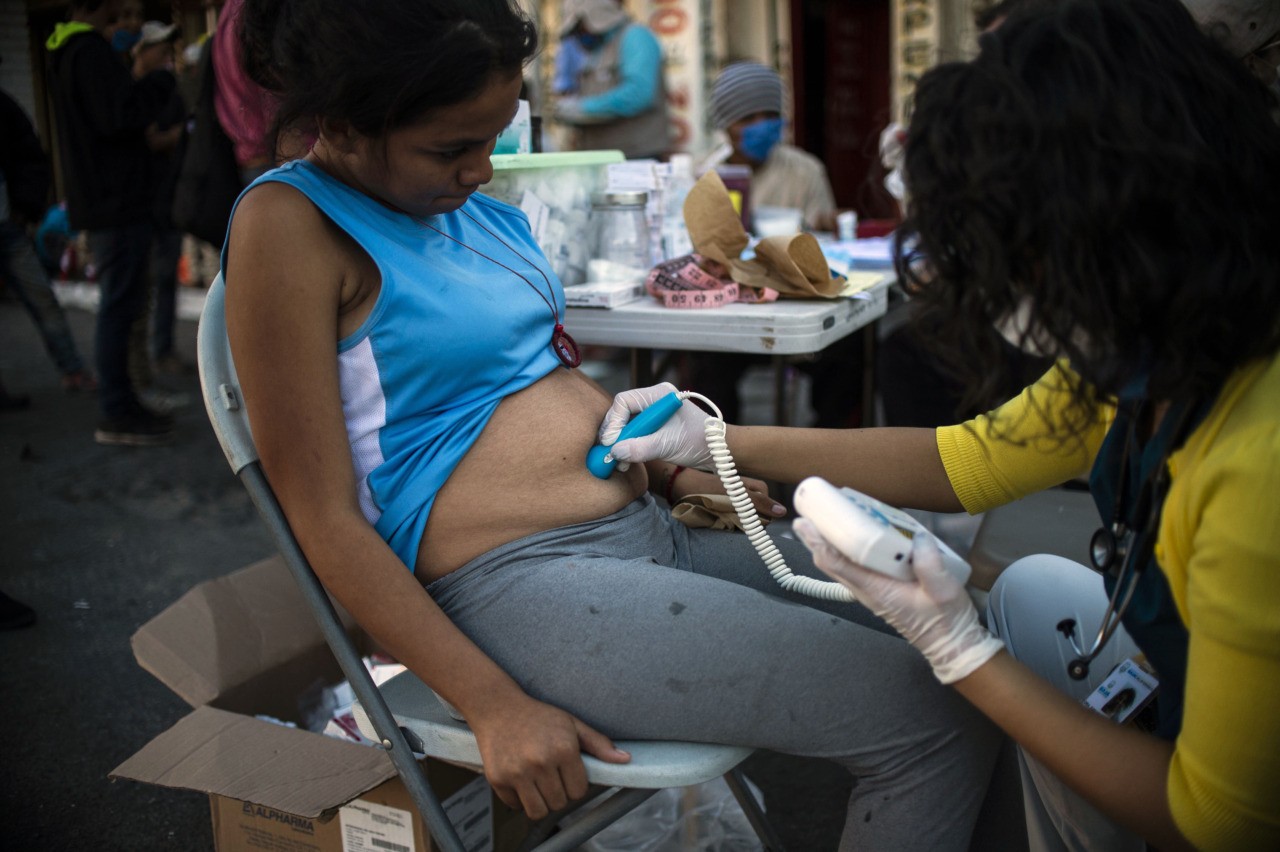 A Central American migrant woman, moving towards the United States in hopes of a better life, undergoes a pregnancy control in Mexicali, Baja California state, Mexico, on November 16, 2018. – The Central American migrant caravan faced a desperate situation Friday as its numbers swelled at the US-Mexican border, where it got a cold welcome and a warning that its chances of entering the United States were “almost nil.” (PEDRO PARDO/AFP/Getty Images)

Like most violent crimes, children get the worst of it. Former DHS Secretary Kirstjen Nielsen, who testified to Congress in March 2019, revealed in her opening statement a sobering fact: every woman and girl that ICE comes in contact with at the border is given a pregnancy test, as they run the very real risk of being raped during their 1,000-mile trek from the Central American countries to the U.S. border. “As you know, very unfortunately because of the increase of violence, at ICE, when we have families with children, we have to give every girl a pregnancy test over 10. This is not a safe journey,” Nielsen told the House Homeland Security Committee.

Excerpts from this article appear in Jerome Hudson’s book 50 Things They Don’t Want You to Know, which hit bookshelves nationwide on September 17. Order your copy today. Follow Jerome Hudson on Twitter @jeromeehudson.