It’s rather startling that not more has been said about the suspension of flights to and from China and quarantining anyone who has been in China for a minimum of 14 days of entering a Port of Entry in the United States, as part of the effort to stem the spread of COVID-19, the disease caused by the coronavirus.

Those who are pro Open Borders globalists should support Open Borders no matter what – come hell or high water, deadly disease or not. Of course, like many of the ideas which are having a resurgence in popularity, such as Socialism and Chartalism (Modern Monetary Theory – MMT), Open Borders is not something you can easily retreat from once adopted if it’s found not to work. When travel was first restricted from China, what we did hear from China, some U.S. politicians on the Left  and others was that travel restrictions in the face of a potential pandemic are “racist,” even though China adopted similar measures with Mexico in 2009 over the H1N1 swine flu.

Now, not surprisingly, as the fear ramps up and the disease spreads, many globalist politicians and pundits who have been pro Open Borders all of a sudden are saying the Trump Administration is not doing enough to prevent the disease from entering the United States (closing the borders).

According to an editorial in The New York Times, “Let’s Call It Trumpvirus,” by Gail Collins, it is all Trump’s fault. Of course, The New York Times is one of the most Open Borders publications in the U.S. If The New York Times were in charge, there would be no checking or monitoring of anyone who enters the U.S. In theory, then, no one in the U.S. would be responsible for fighting the disease, because if there were no borders there would be no entity called the United States. All of the work combatting COVID-19 would have to be performed by some organization like the World Health Organization (WHO), whose working record is questionable.

Author and commentator Mark Levin recently made a statement on Fox about the Democrats’ response to COVID-19, but which equally applies to all globalists. He said, “They have great plans for containment: Open Borders, eliminate ICE, no vetting of foreigners, sanctuary cities, nationalize and destroy the greatest health care system on the face of the Earth, destroy our pharmaceutical companies that will come up with the solutions. The solutions won’t be in any of Bernie Sanders’ favorite Communist regimes.”

Some might say that supporting Open Borders, and the free flow of migrants, is different than the free flow of travelers from around the world in a health emergency. The latter involves people who have entered the country legally, but are potentially carrying a disease, while the other involves people who have entered in violation of our immigration laws and “just want to improve themselves,” as the argument often is stated.

Not so fast. The Center for Immigration Studies reported that a significant number of illegal aliens also carry diseases, including measles, mumps and antibiotic-resistant tuberculosis, as well as other potentially harmful diseases. According to the Immigration and Nationality Act, 8 USC 1182: Inadmissible aliens, there are health-related grounds for denying admittance to the U.S., including anyone determined to have a communicable disease and who cannot show proof of vaccination.

Accordingly, should not everyone entering the country be screened for disease? How would this screening occur if we did not have monitored borders?

If all border protections currently in place were eliminated, as has been advocated by Democrats running for the White House, then what action in the short and intermediate terms could be taken to protect our citizens from pandemics? The short answer is NONE! The borders and points of entry (which includes points where people enter the country via car, airplane and ship) need to be continuously staffed, with policies and procedures in place when a disease poses a pandemic risk. As the COVID-19 situation shows us, it is incredibly naive to think that disease risks are not present. In the near future, if this virus spreads, it would not be surprising to see increased travel restrictions within the U.S.

Due to the world our globalist elites have structured over the last 30 years, moving manufacturing jobs out of the U.S. and turning American workers into the bartenders and waitresses for the people from around the world who received those jobs, the U.S. has not been as responsive as it should have been to the risk of a pandemic. We are like the bewildered and perplexed people going out on the beach to pick up fish after the water has rushed out – just before the tsunami hits.

We should already have put controls on people entering this country from Korea, Japan, Italy and any other country with over a certain number of COVID-19 cases. Since Italy is part of the European Union (EU), if the EU is going to allow free travel between countries, then controls should be put in place on everyone from the EU. Yes, this will be painful (due to the world the globalists have built), but remember what happened to the people on the beach in Phuket when the tsunami came rolling in. 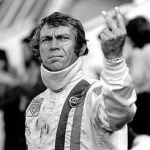